Modern gothic fashion is just a traditional gothic fashion style imbued with current fashion trends, with its influence still growing exponentially. Gothic fashion was established through the rise of punk music, and with the popularity of punk music, it gained more popularity. This popularity was then followed by a decline in the acceptance of this style due to decisive actions that gave way to decadent moods. However, with the help of the legendary band Joy Division, along with some other bands, the neo-gothic subculture saw major developments.

From the early 2000s, the Gothic style started making its way into top fashion shows, which created high acceptance for this trend. According to records, Alexander McQueen was one of the first top designers to be aesthetically imbued with victorian and gothic influences. His Hunger, Birds, and Shining collections were described as “the return of Victorian drama” by several fashion critics. The collections stood out with the puffy skirts, black lace, and ruffled blouses combination. Today, there have been many features of Gothic styles on runways and different fashion shows. 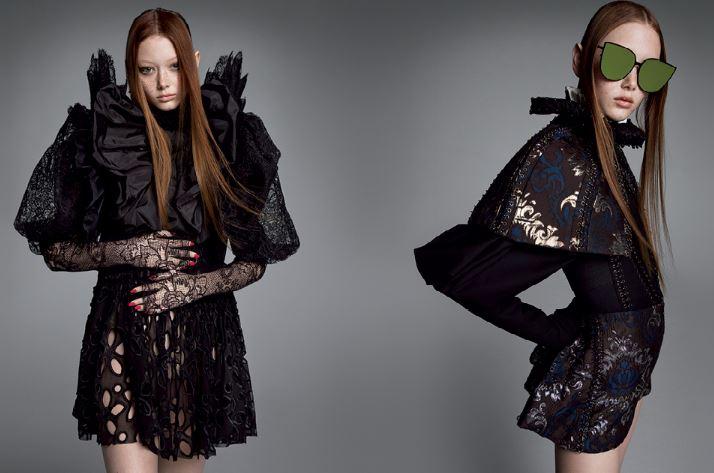 When it comes to gothic fashion there are many misconceptions such as black is the only accepted colour, or the style represents evil. Although predominantly, the Gothic style is a representation of death and the shades of black represent mourning motifs, it is not in any way evil. Goths believe in the beauty of death, and they use their style to remind the world of mourning, external grief, and frailty of being. Modern gothic fashion consists of free-spirited, open-minded, and artistic individuals, and from their hairstyles to their shoes is a complete work of art.